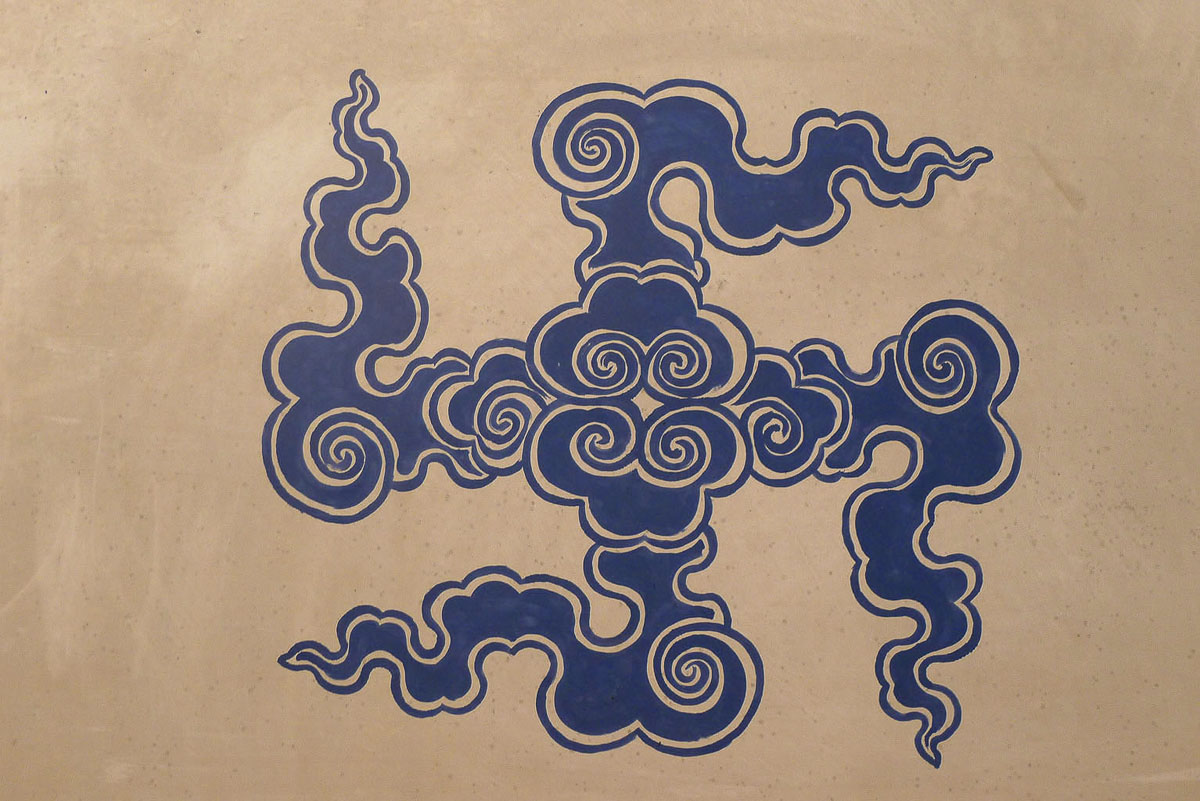 The Path of Fearlessness

Fear manifests in many forms and whether it’s an insect phobia, things simply not being the way someone thinks they should be, self-loathing issues, or the fear of death – all these symptoms that have occurred on my yoga retreats have inspired me to look deeper into the psychology of fear and how the ancient wisdom traditions recommend dealing with it. Under normal circumstances fear is actually healthy and it protects us from danger. As Chögyam Trungpa Rinpoche said: “If you remain calm when everyone else panics, perhaps you don’t understand the problem.” Often people can be afraid of things they shouldn’t be, like a fear of connectedness, while we really ought to be afraid of disconnectedness. So being able to discern the right kind of fear is the way towards fearlessness.

I investigate the Yoga Sutras to see what Patanjali has to say about fear and discover that his concept is very similar to Buddhist dharma in that they both say that it’s necessary to remove the stain of perception, or the obscurations of the mind – the veil of ignorance- that prevent us from seeing our true nature. If we can do this we will become fearless. Patanjali in Yoga Sutra 2.3 says “Avidyā Asmitha Raga Dvesha Abhinivesha Pancha Kleshaha.” He considers ignorance of our real nature, egoism, attachment, aversion, and fear of death to be the five kleshas, or impurities of the mind that cause misery, sorrow and suffering. Yoga Sutra 2.4 states “Avijja Kshetramutthatresham Prasupthanu Vicchinirodhaaraanaam,” which means that when ignorance is removed the remaining four causes are destroyed. Yoga Sutra 2.5 says, “Anithyashuchi Dukkhanatmasu Nityashuchi Sukathima Kyathi Ra Vidya,” which defines ignorance as false identification. It’s the inability to distinguish between the permanent and the impermanent, the pure and the impure, misinterpreting unhappiness as happiness, and the Self for the non-Self. Patanjali sees Avidyā (ignorance of our real nature) as the source of suffering and Yoga Sutra 2.24 says, “Tasya Heturaavidya.” It’s not just the ignorance of not knowing a fact, but is a very deep vritti that prevents us from knowing our true Self.

The snake is superimposed on the rope as a result of a previous experience and it triggers the same fear that a real snake would.

In Vedanta philosophy, Avidyā is referred to as ‘Maya,’ the great veil of illusion. In the state of yoga, the veil parts and we can directly experience reality as it is, without any intervening thought, emotion or judgment. Often the untrained mind will not see things as they really are, casting erroneous misconceptions that obscure the truth. Memory can cloud our judgment and make us mistake one thing for another. There is an Advaita Vedanta teaching where a man sees a rope in dim light and mistakes it for a snake he has seen elsewhere. Only the snake is seen and the existence of the rope is unknown. The snake is superimposed on the rope as a result of a previous experience and it triggers the same fear that a real snake would. Another kind of superimposition is when a crystal appears to be red in the proximity of a red flower. Both the crystal and the flower are seen as existing independently, but the redness of the flower is also attributed to the crystal. These non-dualistic teachings are metaphors for the root cause of our ignorance. When we superimpose the non-self on the Self, we identify with our body and emotions (non-self) and don’t recognise the existence of the true Self. They believe that the true Self is identical with Brahman, and its diamond-like substance does not actually undergo any change, nor does it experience fear, joy or sorrow imposed by the body or mind. Only if we realise that the Self is beyond suffering can we attain Vidya (true knowledge) and move through the illusion of fear.

Whether you believe in Brahman, or not, there is truth to the idea that all our fears, including Abhinivesah (the fear of death, or the clinging to life), interfere with our ability to remain in the present. We become either fiercely attached to life as we want it to be, or fearful that life will be taken away. Making decisions out of fear or attachment robs us of our ability to be present and ruins the moment-to-moment practice of yoga. Yoga Sutra 2.25 states: “Vishesha Darshina Atmabhava Bhavana Vinivritthi,” which means that when ignorance is destroyed and the knowledge of non-self cleanses the remains of samskaras (impressions) and kleshas, then the Self is liberated from its identification with the world and attains Moksha (liberation or enlightenment). The Yoga Sutras can be seen as textbook of psychology that outlines a rigorous path to overcome fear and diminish suffering in our lives.

Interestingly, Buddhists – the master psychologists for millennia – are don’t include fear in their long list of mental afflictions, but it’s still something to be analysed and eventually overcome. Fear is imbued with suffering, causes further suffering, and acts as an obstacle on the path to awakening. Yet it can also be a positive thing in that it stimulates the mind of the meditator to overcome deeply rooted habits and to put more effort into being virtuous. Buddhists believe that we should fear the dangers of saṃsāra, but they see a relationship between bhaya (fear) and abhaya (fearlessness). The stirring of fear and letting go of fear are two essential steps of the same process. In an early Pali text, the Vimansaka Suttam, the Buddha is credited as saying, “Abhayūparato ’ham asmi, nāham -asmi bhayūparato,” which means, I am fearlessly abstaining; I am not abstaining by means of fear. 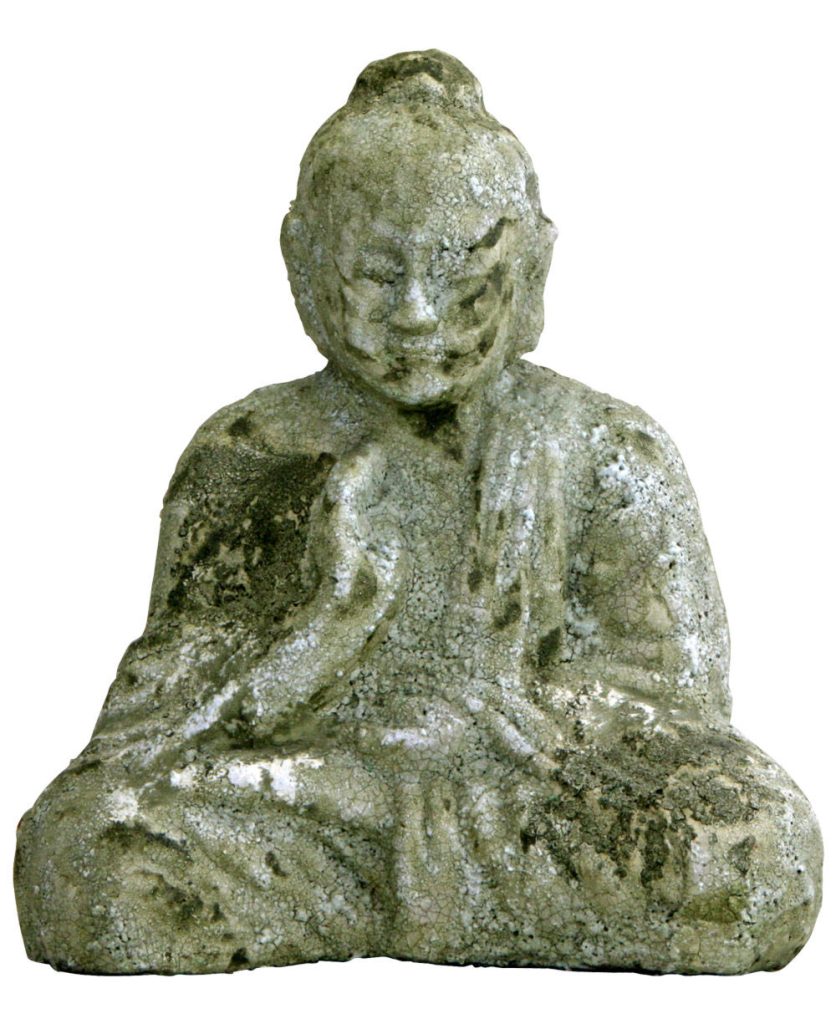 The Buddha is often depicted in Abhaya Mudra where he sits, holding up his hand, palm out with fingers straight and pointing upwards in a gesture of fearlessness. The Buddha had to overcome his own fears, he assaulted by Mara, while sitting under the Bodhi tree before he was awakened. An ancient Pali text, the Sela Sutta (Sutta 92), records the Buddha as saying:

I am the holy one beyond compare

who has crushed all Mara’s teeming hordes;

having defeated all my enemies,

I rejoice free from fear.

For him, the real fear, or enemy, is saṃsāra. Buddhist practitioners are encouraged to flee saṃsāra, yet the Buddha himself subdued saṃsāra. Both fear and fearlessness are proper approaches, but the ultimate action is not escape (moved by fear), but a courageous confrontation so saṃsāra is overcome and not feared any more.

According to Chögyam Trungpa Rinpoche fearlessness is born of fear. He says, “…If you linger in thought holding back your potential, you will remain mired in fear and frozen in inaction.” We may have all the potential of a Buddha, but when we begin to analyse and project, we freeze in the presence of fear. These thoughts give rise not to freedom but to more things to analyse. They project into the future, but the future doesn’t exist. It hasn’t happened yet. The past doesn’t exist. It has already happened. The only thing you’ve got is what’s right here, right now. We can define it, categorize it, rationalise it, judge it, understand it, but still fear persists. He says: “If, on the other hand, you advance fearlessly without hesitation, you manifest your power as a competent adept of the way.”

Meditation is one of the best tools to move through fear. It helps us to see things as they arise—before we have a panic attack, at which point you can’t do much about them. Meditation slows things down so we can see the subtle machinations of the mind. Just observe what kind of thoughts arise when you are in a state of fear? Is there a bodily sensation associated with fear? Do you have a habitual pattern, or vasanas (karmic imprints derived from memory) that influence your behavior? Do you panic, or freeze? Do you get angry? Each time you observe a thought, let it go and come back to the moment, so you build the power of concentration. If we can catch things when they’re manageable, we can diminish our aversions and subdue fear, so we can be at ease in the present moment and reside in the Self, our true nature. 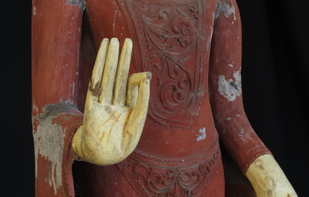 While this article is titled “Yoga Retreats Gone Wrong,” I don’t believe that anything is ever truly wrong. I try to meet each situation as an opportunity to become fearless and remove the obscurations that cover my mind, so I can simply be present. They’re all blessings and I’m grateful for the lessons learned that have helped me to become more discerning and compassionate. Most of all, I’m extremely grateful to the ancient wisdom traditions. I think of Patanjali and Siddhartha Gautama Buddha as spiritual physicians and their teachings like psychology manuals outlining the path towards freedom and liberation. The yoga path has helped my mind to be less distorted and I’m better able to at least manage, if not eradicate most of my fears, so they don’t rob me of the present moment and obscure my true nature through the stain of my own perception. Ultimately, yoga is a science to control the mind and, in the process, diminish our own suffering. Teach it properly and still things can go wrong.

I leave you with this quote from Yongey Mingyur Rinpoche.

“We choose ignorance because we can. We choose awareness because we can. Samsara and nirvana are simply different points of view based on the choices we make in how to examine and understand our experience. There’s nothing magical about nirvana and nothing bad or wrong about samsara. If you’re determined to think of yourself as limited, fearful, vulnerable, or scarred by past experience, know only that you have chosen to do so, and that the opportunity to experience yourself differently is always available.”- Yongey Mingyur Rinpoche, The Joy of Living: Unlocking the Secret and Science of Happiness.